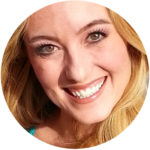 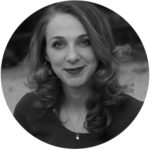 Averill Corkin, MDT Faculty (TCA)
Averill has a bachelors degree from BYU in Humanities, with an emphasis in Theater and Music, and a masters from Harvard Graduate School of Education in Arts in Education. She sang as a vocalist in BYU Jazz Voices, and acted as a company member for the touring BYU Young Company for two years. She has taught performing arts with the Seattle Children’s Theatre in Seattle, the Shakespeare Theatre Company in Washington DC, and at the Hamburg International School Campus. Some favorite roles include: Roxie Hart in Chicago, The Fairy Godmother in R&H’s Cinderella, Jessica in The Merchant of Venice, Immogen in Cymboline, and Katerina in Sleepy Hollow. Averill loves working with young people, and inspiring them to tap into confidence and presence via the stage. She is very excited to be a part of the THSA and COPA merger, and has already seen incredible things because of it! 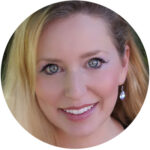 Karin Edwards, MDT Faculty (TCA)
Karin Edwards is excited to be back for her 2nd year season as Team Mom aka COPA Managing Director. The view from this side of the desk is spectacular. It is thrilling to be surrounded by so many talented people here in her happy place! Karin has worked at many theaters and on National and International tours and has managed a production company that produced all of the live events for the children’s television show LazyTown. She is currently the Company Manager for Tuacahn Center for the Arts and is excited to combine the talented adults with the talented local kids from COPA. My favorite part of theater is watching potential be fulfilled. It is awesome to be a part of the growth of the amazing kids in this area. A passion for performing is evident here! Of all of the productions in her life, the one she is proudest of is her 11 yr. old son, Kadence! 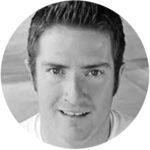 Nate Keith, MDT Faculty (TCA)
Nate Keith discovered his love for improv in high school where he and two friends began doing impromptu improv shows at lunch. After high school, he was recruited by Provo’s Comedy Sportz where he performed professionally for almost a year. In the years following, he co-created another professional troupe called 23-Skidoo, as well as the Improv group Laugh Out Loud at BYU, which continues to entertain audiences today, 15 years later. After a few years away from the improv scene, he now teaches two improv classes at Tuacahn High School for the Performing Arts, and coaches their original Improv Troupe – Stretch Improv.

Acting Improvisation:
This course will focus on the fundamentals of group improvisation theater. Learn the skills needed to create scenes, stories, and characters on the fly, without a script. These skills are incredibly useful in any performing career, and also in life. You will be a better communicator, performer, and improver (if that’s a thing). 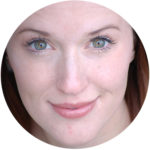 Mimi Knell, MDT Faculty (TCA)
Mimi has her BFA from BYU where she majored in the Music Dance Theater program. During her time at BYU she performed as a Young Ambassador as well as performed in many musicals and plays. Her favorite role she played at BYU was Jo, in Little Women. Mimi has continued her performing career at places such as Tuacahn (2006 summer), Hale Center Theater Orem, SGMT, Brighams Playhouse, and Hurricane theatrical company where her some of her favorite roles have been, Kathy Seldon in “Singing in the Rain” Janet Vandegraff in “The Drowsy Chaperone” and Lily in “The Secret Garden”. As well as performing, she enjoys choreographing and teaching voice lessons. She has taught voice for over4 years and has choreographed many Musicals at High schools, community theaters and professional companies. Mimi has learned many things from Music Dance Theater and it not only holds a special place in heart but she truly believes it can change lives. She is excited to work with C.O.P.A. and do just that. 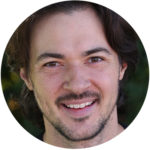 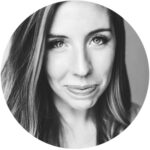 Tamera Merkley, MDT Faculty (TCA)
Tamera has a lifetime of performance experience in Music, Theatre, and Dance. She has performed in over 50 stage productions, on multiple dance companies, as well as singing in venues stretching from Utah to New York City. Tamera received a full ride performance scholarship to Western Wyoming College for Musical Theatre and also attended Utah Valley University for Modern Dance. She has been teaching studio dance for 7 years and private voice for 4 years. She has directed and choreographed multiple Southern Utah theatre productions, including her turn as director and choreographer of Forever Plaid at Brigham’s Playhouse. Tamera has also enjoyed teaching and choreographing many children’s theatre camps in Wyoming, Utah County and St George. Favorite performing roles include Jane in Jane Eyre, Christine Colgate in Dirty Rotten Scoundrels, and Marguerite in The Scarlet Pimpernel. Tamera recently returned to Southern Utah from her last few years of performing in New York City and is thrilled to join the COPA team! She is excited to share her passion for Music Dance Theatre with the next generation of performing artists. 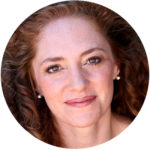 Lisa Hopkins Seegmiller, MDT Faculty (TCA)
Lisa Hopkins Seegmiller is America’s only Tony Award-winning, Grammy Award-nominated, Ivy League-educated singer, actress, & professor of voice & acting. She earned a B.A. in Theatre Studies/Acting from Yale University and an M.M. in Classical Voice from the Manhattan School of Music. An early protégé of the world’s top faculty at The Juilliard School and Curtis Institute, Lisa made her Broadway debut at the age of 24. She is named on the rarified short-list of “Yale’s Distinguished Alumni” with U.S. Presidents and other global influencers.

Lisa won a Tony Award as the leading lady in Hollywood film director Baz Luhrmann’s historic production of Puccini’s La Bohème on Broadway. She later received a Grammy Award Nomination for Best Opera Recording under the Wolf Trap label. She has garnered praise and critical acclaim from The New York Times, Washington Post, Opera News, Vogue, Vanity Fair, Elle, The Today Show and a wide array of other print, radio, TV and internet sources worldwide for her work on and off Broadway, including such style-diverse and iconic roles as The Narrator in Joseph and the Amazing Technicolor Dreamcoat and Grizabella in CATS.

Lisa continues to occupy a unique niche as a crossover artist, serving her audiences a smorgasbord of repertoire across classical, operatic, musical theatre, and pop genres, including her remarkable one-woman multi-media tour show, “Billboard & Operatic Hits of the Decades,” which showcases No. 1 Year-End Billboard Hits from the 1950s onward, interspersed with the most famous opera arias of all time. This unique show spans genres of post-war big-band pop, Italian/American music, Golden Age musical theatre, disco, rock, adult contemporary, upbeat dance-pop, and straight-up pop with country and new wave influences, and has left audiences breathless across the nation.

This year, Lisa celebrates the 11th anniversary of her St. George-based vocal studio, Lisa Seegmiller Studios, LLC. Her premiere clientele includes celebrities, Equity actors from the east and west coasts, and the talented citizens and students of Southern Utah. Lisa’s students have been winners of Dixie’s Got Talent, the Metropolitan Opera Competition, and participants in America’s Got Talent. Her studio, including her own children, were recently featured as the child soloist and voice of the children’s choir in YouTube sensation, Alex Boyé’s cover of “A Million Dreams” in partnership with Dixie State University, where Lisa is on the voice faculty. Additionally, Lisa is on the voice and acting faculty at Utah Conservatory of Performing Arts at the Tuacahn Center for the Arts, where she and her daughter, Ellie Felice, a Prodigy Company member, have performed lead roles for multiple seasons of “Broadway in the Desert.”

Lisa cherishes her now-hometown of St. George with her husband, Washington City-native, Representative Travis M. Seegmiller, Sr., (District 62), where they live on the Seegmiller Farm in the Washington Fields with their three children (and one on the way!), who also love to sing and join their mom on stage whenever possible.

For private, customized concerts or tour bookings, or for private or group voice lessons, please visit www.lisahopkinsseegmiller.com or www.lisaseegmillerstudios.com. 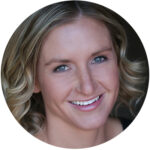 Brittani Terry, MDT Faculty (TCA)
Brittani returns home to St. George after living in Manti for 11 years. In Manti, Brittani founded Manti Music & Dance, a children’s performing arts company, where she taught classes in musical theatre, jazz, ballet, tap, and voice. Under Brittani’s direction, students from Manti Music and Dance have been accepted into BYUs MDT and Dance programs as freshmen, as well as performed on BYUs prestigious Folk dance team. While in Manti, Brittani also was the choreographer for Manti High Schools musical theater productions, which included Juanito Bandito, Happy Days, Singing in the Rain, Cinderella, and Thoroughly Modern Millie. Most recently she was asked to choreograph for the Mormon Miracle Pageant. Brittani started performing when she was five years old and has never stopped. She was one of the original 7 cast members of Twistin’ the Night Away. Other shows include, Lost on Route 66, It’s Showtime, and Christmas Spectacular all at the Bumbleberry Theater in Zion National Park. Brittani has an Associate of Science degree with an emphasis in Music from Dixie State University and has taken several workshops with instructors from Juilliard, Broadway Dance, Joffrey Ballet, and Odyssey Dance. She is married to Joshua Terry who says he is “married to a musical”. Brittani and Josh have five daughters all who love to sing and dance and provide the ensemble for Brittani’s “musical” called life.

Jani Weir, Dance Faculty (TCA)
Jani Weir began dancing at 6 years old. She continued to study into high school, focusing on ballet, musical theatre and jazz, while also participating in varsity cheerleading. Miss Jani began teaching 20 years ago in 1997 in the LA area. She has studied dance and instructed further in the St. George, UT area. During this time, she taught instructional classes to students ages 3 to adult. In addition to teaching dance to children and adults over the years, Miss Jani has coached cheerleading at a high school level. She trained in all forms of dance. Her love and passion for the art is equal to the love she has for her students. She is currently a preschool teacher and proud momma of 3 and so excited to be part of the COPA family!