IVINS, Utah – April 23, 2018 – Twenty three years ago Tuacahn Center for the Arts opened its doors for the very first time. Since then it has produced more than 50 major musical theatre productions, hosted more than 150 concerts, and has showcased hundreds of professional actors and musicians. Today Tuacahn continues it’s excellence by joining forces with Utah COPA (Conservatory of Performing Arts), a Best of State performing arts conservatory for youth.

Utah COPA is co-owned by Conor & Mindy Robbins and Nathan & Suzie Balser who are two dynamic duos, and who are no strangers to Tuacahn. Seventeen years ago these two husband and wife teams came to the Tuacahn Center for the Arts to live for a summer and perform in Annie Get Your Gun. Mindy played the role of Annie, Suzie was Winnie, and Nathan was cast as Tommy. Their time in the show was a run they will never forget and their friendships grew to new levels, but it was also during this time that the COPA dream was born.

As Conor, Mindy, Nathan, and Suzie spent extra time together outside of rehearsals and shows, these young couples pondered over their own careers in music dance theatre and thought about what their futures could look like. Continuing to each personally perform was a must, but giving back was another necessity. It was during that time that dreams soared and initial discussions regarding a conservatory for youth took place. However, it wasn’t until 2008 that the vision first came to life.

COPA began as a basement business with Mindy running the show in her spare time as a young mom. Demand for expanding the program came quickly and was so high that by 2010 her husband Conor joined her efforts by running the financial and business aspects of the company. Then, in 2013 Nathan and Suzie Balser, who were now also young parents, found themselves in a position to be reunited with Conor and Mindy. The foursome got to work and have never looked back.

Today Utah COPA is a thriving conservatory of the arts where young things grow! COPA at Tuacahn is the third location for Utah COPA with the first two being in American Fork and Draper. Years of effort have already been put into the development of the first two locations. This will allow COPA to bring a fine tuned curriculum and expertise to Tuacahn that will transform the way young local performers are learning and growing.

Kevin M. Smith who is the CEO & Executive Producer of Tuacahn Center for the Arts had this to say about Utah COPA,

“ Leadership and faculty at Utah COPA have an impressive mix of university, Broadway, TV, film and professional performance experience. This provides students with a conservatory level training in a “Broadway in the Canyon” environment. As a result, students not only develop and improve their talents, but gain a unique confidence and depth of performance acumen. Part of Tuacahn’s mission is to ensure that what is produced on stage ‘matches the majesty of the canyon.’ Utah COPA has the staff, programing and philosophy to ensure that student training does exactly that.”

Utah COPA will begin offering instruction with summer camps at Vista School and Tuacahn High School for students ages 3 to 18. Those who are interested can reserve a spot today by clicking on the “Summer” tab at utahcopa.com – Information about Utah COPA classes and companies that will run during the 2018-2019 school year will also be available soon at utahcopa.com

Co-Owner Mindy Robbins, who has personally performed in multiple leading rolls at Tuacahn including Mary in Mary Poppins, Eliza Doolittle in My Fair Lady, Annie Oakley in Annie Get Your Gun, Liesl in The Sound of Music, and will play the role of Miss Honey this season in Matilda, recently stated,

“COPA at Tuacahn is a dream come true. We love this area. My husband’s family lives in St. George and we visit regularly. After six seasons at Tuacahn, spanning 18 years, we have many dear performing arts friends who live here. We have the highest respect for the Tuacahn team and look forward to helping develop talent and confidence with students in the area. COPA is really unique and we look forward to filling a niche in this market.”

Nathan and Suzie Balser have also both played leading roles at Tuacahn. Interestingly, the couple met one another at Tuacahn while performing in Seven Brides for Seven Brothers. Nathan has also played Joseph in Joseph and the Amazing Technicolor Dreamcoat and Suzie starred as Nellie in South Pacific and Molly in The Unsinkable Molly Brown. They shared the following,

“Opening COPA at Tuacahn will feel like we’ve come full circle. Tuacahn and St. George hold a very dear place in our hearts. It was at Tuacahn that we not only fell in love with one other, but also is the place where our love of Musical Theatre really blossomed. The surrounding communities, including Tuacahn, love and support the arts. Because of this we are especially thrilled to continue expanding this love and passion by providing a place for young kids to train and  find their own love of music, dance, and theatre.”

COPA is thrilled to be a part of Tuacahn and looks forward to many years of educating young aspiring actors, singers, and dancers in the performing arts. It will be fun and exciting to watch the growth and progress of young local performers. 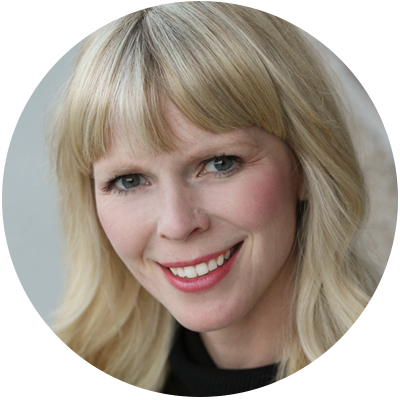 Mindy started performing when she was 4, taking private voice lessons at 6, worked professionally at the age of 16, and started teaching voice at 19. She most recently played Mary Poppins in Mary Poppins at Tuacahn. She also played Eliza Doolittle in My Fair Lady in 2007, Annie Oakley in Annie Get Your Gun in 2002, and Liesl in The Sound of Music in 2001. Previously, Mindy toured with the Broadway Company of Les Miserables, covering the role of Eponine played by Sutton Foster. Other credits include Walt Disney World’s Hoop Dee Doo and Kids of the Kingdom, Tokyo Disney’s Peco’s Goofy, BYU’s Young Ambassadors and Lagoon’s Music USA. She has been a guest performer for the opening ceremonies of the Olympic World Senior Games. Mindy has recorded for Disney, with Mandy Moore, karaoke itunes songs and on numerous radio commercials. She has performed with Colm Wilkinson, Jason Alexander, Sutton Foster and Sam Harris. She has performed with the Los Angeles Philharmonic in Lex DeAzevedo’s work, Gloria, The Life of Christ as Mary. Mindy guest-starred on the national television series, Touched by an Angel, and has been seen on national television commercials. She graduated with a BFA in Music Dance Theatre from BYU where she has taught voice in the school of music. She loves sharing her passion for performing with her students. She is a member of Actor’s Equity Association and the National Association of the Teachers of Singing. 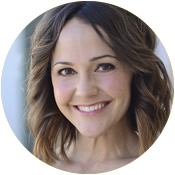 Suzie graduated from BYU with a BFA in Music Dance and Theatre where she performed as a Young Ambassador and won the Theatre Department’s award for Best Supporting Actress and an Irene Ryan Nomination for Ilona Ritter in She Loves Me. Acting credits include Aheh in Sunfish at the New York ASCAP foundation musical theatre workshop with Stephen Schwartz, Stephanie in the New York production of Katie Thompson and Patrick Livingston’s R.R.R.E.D., Sophie in the Las Vegas production of Mamma Mia!, Nellie Forbush in Tuacahn’s South Pacific, Molly in The Unsinkable Molly Brown, Winnie Tate in Annie Get Your Gun, Laurie in Oklahoma!, Maude in Funny Girl, Lorena Bobbit in Odyssey’s Thriller, and Demeter in CATS. In addition to the stage, Suzie can be seen in local and national commercials. In conjunction with performing Suzie has taught music, dance, and theatre around the country. While at BYU, Suzie was a student teacher in the dance department. She has also instructed at institutions such as BYU Children’s’ Creative Dance, Encore Academy, Musical Theater in Las Vegas as well as the West Orange, New Jersey Metrowest JCC Theater Arts Program. Suzie has taught as adjunct faculty at Western Wyoming Community College Department of Theatre and Dance where she directed Flowers for Algernon and choreographed Dirty Rotten Scoundrels and for Desert Dance Company. Suzie was the Assistant Director of Tuacahn’s production of Grease and was on the creative team for the Nauvoo Historical Pageant in Nauvoo, IL. Suzie is also a member of the Actors Equity Association. 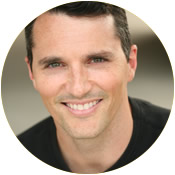 Nathan is a graduate of BYU with a BS in Therapeutic Recreation and The University of Utah with a Masters of Fine Arts. He has performed on Broadway in the original cast of Promises, Promises with Kristen Chenoweth, 9 to 5: The Musical with Allyson Janney, Damn Yankees with Cheyenne Jackson, and Legally Blonde. You may have seen Nathan on CBS in the Kennedy Center Honors in 2009, 2010, and 2011 honoring Mel Brooks, Jerry Herman, Meryl Streep, and Barbara Cook or on the Tony Awards in 2009, 2010, 2011, and 2012 with Mamma Mia!, Promises, Promises, and Neil Patrick Harris, respectively. He also performed in the Macy’s Day Thanksgiving Parade with the cast of Legally Blonde in 2009 and is on the MTV recording of the same show. He was also in the world premiere of Minsky’s in the Ahmanson Theatre in Los Angeles and in Mamma Mia! in Las Vegas. Nathan played the role of Craig in R.R.R.E.D. at the New York Musical Theatre Festival in 2010 and participated in several workshops and readings in NYC including Promises, Promises with Anne Hathaway, Brigadoon directed and choreographed by Rob Ashford, Ever After with Dough Hughes, and Leap of Faith starring Sutton Foster and Raul Esparza. Nathan also toured internationally with Bianca Marroquin in Solo Pido, and nationally with Cathy Rigby in Peter Pan. Nathan is a member of Actor’s Equity Association and SAG/AFTRA. 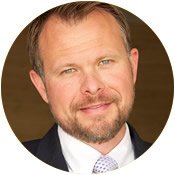 Conor was one of the first visionaries who recognized the passion and talent that wife, Mindy Robbins, showed for developing confidence and talent in youth through the performing arts. With this awareness Conor focused his efforts in helping his wife grow what used to be private lessons around the piano in the home into an organization that now spans musical theatre, contemporary music, dance, acting and songwriting; serving students throughout Utah and Salt Lake Counties. Conor graduated from BYU with a Construction Management degree. He went on to receive a Masters in Real Estate Development from the University of Denver’s School of Business. His background has served him well in guiding the development and expansion of Utah COPA. Conor is the C.F.O. and C.E.O. for Utah COPA. He also manages a private real estate fund. Conor has an appreciation for the arts having grown up performing in California with Performing Groups for Youth. Conor worked in Tokyo, Japan as a model and actor. 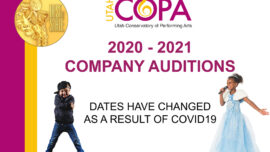